Hunting is (still) not those heads on the wall 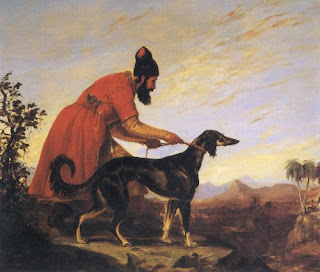 The woods at night. Mist in the trunks. Nightbirds, the voice of water. Heartbeats.
Behind the fronds, the poet, crouched, feathered, fishing with a wand. Aflame with fear. Hush. Heartbeats. A branch broken, arrows loosed…Blood and the juice of berries on the riverbank…

At times it is the poet who brings back the white stag, at others it is the poem that hunts them. Regardless, after whatever frenzy has blown away and the arrows have been carefully fixed in their arcs, there is that familiar feeling of returning from a nighttime hunt in a far off wood. A wood so far away, that Distance herself is animated, has duende, is an integral part of the process. A process cold and slick with sweat; so beautiful, so terrible…

Then some skin the beast and hang it’s head in a museum. Visitors come, admire the royal posture of its horns, wonder at the frost of its white fur. But the head has grown mute, it’s fonts of prophetic speech dried up, and the cord to its music cut. It’s then that we remember Amiri Baraka: Hunting is not those heads on the wall.

The artist is cursed with his artifact, which exists without and despite him....
The academic Western mind is the best
example of the substitution of artifact
worship for lightning awareness of the
art process.... The process itself is the
most important quality because it can
transform and create, and its only form
is possibility. The artifact, because it
assumes one form, is only that particular
quality or idea. It is,
in this sense, after the
fact, and is only important
because it remarks
on its source.

Social media is guilty of even grosser artifact worship. Photos, statements, broadcasts about what one did that day are all heads that get hung up on the wall. Hollow posture is favoured to the exclusion of movement. Some apologize for this by emphasizing that sites like Facebook are a tool like any other. However, it is clear that social media sites are the end to their own means. This gallery of heads (faces?) do not tell how they were hunted, they are the hunt itself. When are we going to realize that this is a trap. The feedback loop occurs not only in relation to the ego, to peer validation and the thrills of self exposure, but to the ontology the ego is wed to. By submitting to the waterwheel of embeddable content, we are ever further from the sources of Ideas. No longer able to access Ideas, reality itself becomes diluted and pale.

Reality’s yardstick—measured primarily in monetary value, and by extension, in Likes and hits—is such that small businesses, activists and their campaigns, artists and their art, must provide a constant supply of content, posts, updates, on social media sites or they cease to exist. While this precarious situation seems to offer little alternative, it might be time to rethink one’s strategy. Social media might offer some gains, but at what cost? Is it really so useful or is that efficacy an illusion? Recall forever, recall a time before the ipad, a time when people were less numb. That if an artist abandons or disavows having an online presence it does not make them ‘less official’. That offline conversations, pamphleting, performing, sewing seeds, speaking, planting food, learning skills, or teaching them, have more power than the ‘clicktavism’ employed (sometimes exclusively, it seems) by so many activists in the twenty first century. One can seek to use an enemy’s tool against them, but in the end one is still dancing to their music, and therefore, unavoidably under their control. Hunting is still not those heads on the wall. Here, what is true for art is even truer for social media. This is a reminder.

Yet, the esteem of a strategy remains case specific. This is not to advocate that doors be shut without reason. However, there is an extensive difference between the employment of a given tactic as one in many, as something complimentary, and being wholly dependent upon it. What (who) would you be without social media? Would you still be able to do what you do? If you choose to make use of the internet, then let your presence be sparse, and even more so, unpredictable. Like when the dead walk in the world of the living, let whatever posts you make be received as incursions from another world, from outside the aggressive reality of Facebook and all social media; let them be hauntings.

Reality is throned in the head. The internet (and especially social media) imposes a fatal separation of the head from the body. Poetry, like all art, compels the head to take back its body.

A Farsi/Persian folksong sung by Azam Ali
whose lyrics tell of a hunter who is reluctant to set his dogs after
the rabbits, deer, pheasants, and so on because
they keep reminding him of his beloved.

Oh to the woods again. To wonder, as all in green our love goes riding…
To pursue those fabulous beasts, not for sport, nor for profit, but to lose oneself once again, in that rapt and enrapturing dance of prey and predator, of bull and torero, or devil and witch…

To let the desert be your home, to thrive in the hinterland, to embrace exile if you must. (Especially if this means exile from social media.)

To see your beloved in all fauna, in all flora! In all things. Whereby the coup de grace becomes a death blow to the poet or hunter herself, whereby she cannot help but feel a great swash of mourning when the stag is taken.

So in the throes of war, rapine, fear, and vehement environmental destruction, where man burns down his house to roast his pig, some poets seek prizes in the palaces of the academy, or accolades and visibility in the online agoras.

Others disappear in the desert; their voices only rise over the city walls when the winds pick up.

And it’s heads they’re after. 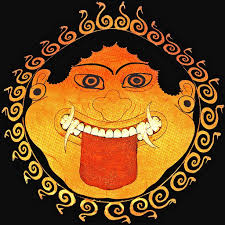